When you talk about customer service in 2021, your conversation probably includes topics like omnichannel support, hyper-personalization, and artificial intelligence.

In fact, it has taken a long and arduous road to get to where we are today.

And it’s that very road we’ll be exploring today, including looking at how it all started and the key moments that helped shape the customer service industry.

So let’s wind back the clocks and take a journey together through the storied history of customer support.

Our journey begins in 1750 BC with the oldest known written complaint: a clay tablet written by Nanni to Ea-nasir in Ancient Mesopotamia.

Here’s how the story goes.

Ea-nasir had agreed to sell copper ingots to a man named Nanni.

Nanni sent his servant with the money to complete the transaction.

But when his servant returned with the copper, he was anything but happy.

Which prompted him to write a cuneiform complaint letter. The inscription on this tablet talks about how:

Funnily enough, this isn’t the only case of Ea-nasir’s poor customer service.

There have been other tablets found in the same ruins that complain of receiving sub-standard copper and another of paying but not receiving the copper at all.

The Industrial Revolution was the transition to brand new manufacturing processes.

During this time, it became increasingly common for people from different corners of the world to exchange goods. Words such as ‘scale’ and ‘customer care’ began being used more frequently by traders.

Traders quickly realized that how well they treated their customers had a big influence on their business success. This revolution laid the very foundations of what we call customer service today.

1868, The first money-back guarantee in the USA

A money-back guarantee gives customers peace of mind by reducing the risk of their purchase.

Being successful with such a scheme relies heavily on high customer satisfaction.

But where did such a concept even begin?

In 1876, J.R. Watkins devised a plan to cook liniments (a remedy to cure muscle pain) in his kitchen, bottle them in his shed, and sell his product door-to-door to the local farmers and villagers.

However, he had a problem.

People in the area were not familiar with him nor his product.

So he molded a ‘trial mark’ onto the bottles about one-third the way down. And promised customers that if they hadn’t used the product below that point, they would receive a full refund if they were unhappy with it.

This gave birth to the first money-back guarantee scheme.

The J.R. Watkins company is still in business to this day! So it’s fair to say his plan worked pretty well.

1876, Invention of the Telephone

Prior to the 1870s, if you had any questions, concerns, or issues with your purchase you’d have to go all the way back to where you bought it from.

The lack of transportation options meant returning products or getting them fixed would take anything from days to even months, far from straightforward.

But then in 1876, Alexander Graham-Bell patented the electric telephone.

I say patented and not invented because there’s still some controversy with multiple claimants for the latter.

Nevertheless, the telephone eliminated the need to travel long distances to seek help or get products repaired.  And the invention of the telephone is certainly one of the most important moments for customer service.

The 1890s, The Telephone Exchange and Switchboard

The telephone was a game-changer for customer support.

However, the first telephones were only sold in pairs and only worked with each other. It basically functioned as a primitive intercom system.

These technological limitations meant that the telephone wasn’t widely used from a customer service perspective.

The inventions of the telephone exchange and switchboard changed that.

Now telephones across the country could be connected to each other and customers could directly contact businesses to get help and ask questions from the comfort of their own homes.

If you’d like to see how telephone operators used to expertly navigate a system of jacks and plugs on switchboards to connect phone calls, check out this short film from the AT&T archives.

The early 1900s saw the creation of the rotary dial which allowed customers to directly contact stores, as opposed to being directed through operators as we discussed in the last section.

But this wasn’t the most efficient solution for businesses that were dealing with a large volume of calls.

This shortcoming led to the birth of call centers: a central point from where all customer interactions could be managed.

Businesses would arrange rows of agents with the exclusive purpose of answering and resolving customer queries and issues.

The earliest example of a call center was by the UK-based Birmingham Press and Mail.

However, it was only a few years later (1973) when call centers received mainstream attention. The causes for this were the company Rockwell International patenting a new telephone booking system and the popularization of telephone headsets when seen on televised NASA Mission Control Center events.

It’s worth noting that the term “call center” itself was only published and recognized by the Oxford English Dictionary in 1983.

And although customers could now contact businesses directly, there was still a major roadblock: It was very expensive to do so.

The only alternative for customers was to place a ‘collect call’ which involved charging the business for the call. But this was only possible through an operator and wasn’t particularly convenient.

However, this all changed with the introduction of the toll-free number, also commonly referred to as 1-800 numbers.

First introduced by AT&T, toll-free numbers allowed customers to make calls from anywhere within a predefined area by dialing the prefix 1‑800 followed by a seven-digit number. 1-800 calls were free of charge and took away the hassle of dealing with an operator.

This now gave customers a faster and more cost-effective way of communicating directly with businesses.

The next major landmark for the customer service industry was the introduction of Interactive voice response (commonly called IVR), which is a technology that allows customers to interact with a computer-operated phone system through the use of voice.

IVR was the thing that would ask you questions over the phone and you had to respond with words like “yes” or “representative” to guide you to the next step.

Basically, this was a primitive version of self-serve support.

However, the early versions were limited to small vocabularies, extremely expensive, and notoriously buggy.

Even so, it did fill the purpose of allowing customers to try and resolve their issues without talking to an agent so that support agents had more time to deal with more complex interactions.

Outsourcing was already a thing even before 1989.

But it wasn’t until the late 80s and early 90s that it became an established customer service strategy.

It allowed businesses greater budget flexibility and control since they only had to pay for the services they used. And it didn’t come with the hassle of hiring and training agents which further decreased operating expenses and risk.

Furthermore, to save costs it became increasingly common to ‘offshore’ support centers to foreign countries like India and the Philippines where wages were much lower.

But this practice steadily declined as customers began to demand a higher quality of support.

In the early 90s, the internet was introduced to the world. Not just a big step for customer service but humankind as a whole.

It allowed for a host of never before used support channels to come into existence.

For example, emails allowed for cheap and convenient communication irrespective of the location of both business and customer. It also created a written record of queries, making it easier to track and manage than phone calls.

We also saw more and more companies start to use instant messaging and live chat. These new channels allowed you to do all of what we mentioned above, but in real-time.

We’ve reached the 2000s. And customer support is evolving more and more into what we know it as today.

As we discovered in the last section, the internet resulted in channels like email and live chat giving businesses new ways to build meaningful relationships with customers.

But with these new channels also arose the need to track and manage data from thousands of customers in one place.

The major early players were companies such as Salesforce, Microsoft, and Oracle.

But they were arguably the first ones that grew large enough to become full-fledged customer support channels.

This allowed customers to voice their grievances as well as satisfaction on a public forum through tweets and posts. It also allowed businesses to show the world how they actually take care of and interact with their customers.

Today, most major businesses are active (and provide support) on at least one social media channel.

Support agents could now assist customers by remotely connecting to their computers and personally executing tasks for them.

They could see the issues on the device, perform the diagnosis and resolve issues, all without involving the user.

This was especially useful to solve complex technical queries that couldn’t be resolved by chat or other similar means of communication.

The 2010s to Today, Customer experience at the forefront

Over the last decade or so, it’s become increasingly clear that the quality of customer service you provide can make or break your business.

For example, 90% of customers look at customer service as a deciding factor in whether or not to do business with a company.

Because of this, we’re seeing businesses take more steps to ensure they’re providing fast, consistent and convenient support with things like:

But even with all these vast changes we’ve seen throughout the evolution of the industry, the formula for achieving customer satisfaction remains the same.

And that is being honest, empathetic, and always focusing on providing the best experience possible.

That being said, what changes do you think we’ll see in the world of customer service over the next decade? Come let us know in our CX-focused community Quality Tribe!

Fireside Chat With VP of Customer Service at Pipedrive

A Day in The Life of a Support QA Specialist

20 Most Popular Emojis Customers Use In Support Interactions 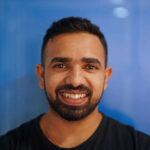 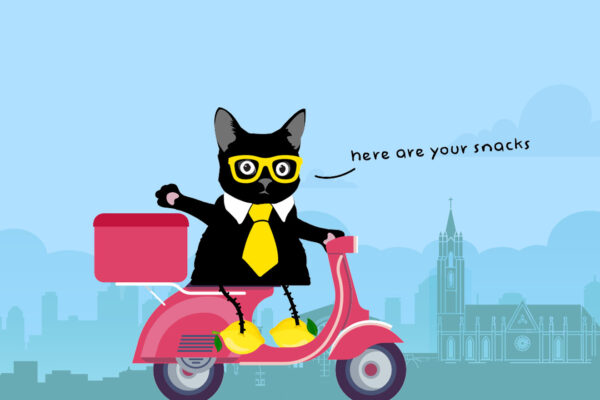 The Delivery Wars: How Gopuff and Gorillas Are Betting Big on Customer Experience